Well done to all of the 14 Wear Valley Amateur Swimming Club teams who swam in the Northumberland and Durham County Championships held on 20th March 2022 at the Sunderland Aquatic Centre, but especially the 11/12 age female 4x50 metre (m) medley team who won County Bronze medals!! The four young swimmers consisting of Daisy Mulholland (backstroke), Ava Race (breaststroke), Romilly Staines (butterfly) and Kitty Graham (freestyle) swam a fantastic race gaining a place in the final. They had to compete with 9 teams including Newcastle and Sunderland in order to secure a medal. The final was terrific as the  team managed to secure bronze medals!! Well done!

The female 11/12 age 4x50m freestyle team consisting of Romilly Staines, Nell Graham, Daisy Mulholland and Ava Race also achieved a place in a final and narrowly missed out on a medal coming fourth. The girls also swam a 24 second personal best on their entry time with a new team time of 2.15.10. The female 13/14 4x50m medley team consisting of Isobel Micklethwait (backstroke), Lauren Flint (breaststroke), Anne-Marie Kelley (butterfly) and Lola Copeland (freestyle) gained a 15 second personal best on their entry time and came 19th out of a very competitive field of 24 teams. The same team also competed in the 13/14 age 4x50m freestyle and were placed a respectable 20th out of a field of 24 teams. 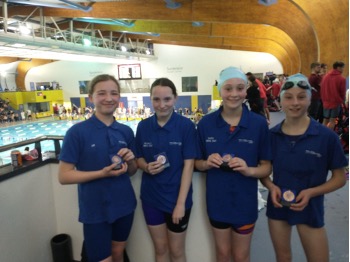 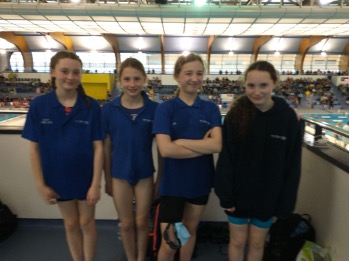 The male open 4x100m medley team composed of George Anderson (backstroke), Thomas Power (breaststroke), Ross Canning (butterfly) and Ryan Baker (freestyle) finished 21st out of 24 teams and the same team competed in the 4x100m freestyle taking a second off their entry their entry time. For the first time in many years Wear Valley ASC were able to field 2 teams an “A” and “B” team in the mixed open 4x50m free and 4x50m medley. In the mixed open 4x50m “A” team were Ross Canning, Jessica Maughan, Thomas Power and Annabel Cooper who finished 20th out of 25 teams. The “B” team for this event consisting of Emily Whitton, Ryan Baker, Roberta Antonescu and George Anderson gained a 5 second personal best on their entry time. The mixed open 4x50m medley “A” team included Emily Whitton (backstroke), Jessica Maughan (breaststroke), Ross Canning (butterfly) and George Anderson (freestyle) took 3 seconds off their entry time and the “B” team Roberta Antonescu (backstroke), Thomas Power (breaststroke), Annabel Cooper (butterfly) and Ryan Baker (freestyle) took 4 seconds off their entry time. 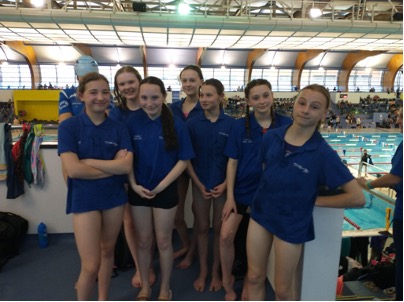 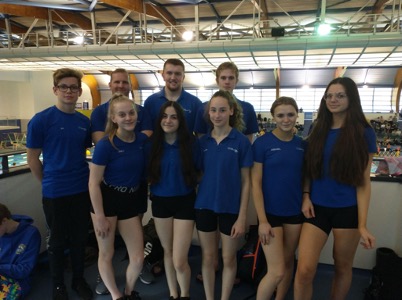 The teams day was an amazing experience for all of the swimmers and they all did extremely well especially considering that for some it was their first time competing in a major competition. The calibre of swimmers was extremely high with some of the larger teams including Newcastle, Sunderland and Tynemouth fielding up to 3 teams in an event. Many congratulations to the female 11/12 year old medley team on their very well deserved bronze medals and to the female 11/12 freestyle team on swimming in a final. There were no disqualifications, lots of personal best times and lots of fantastic swimming! A big thank you to parents, to our officials and to all of the coaching team.